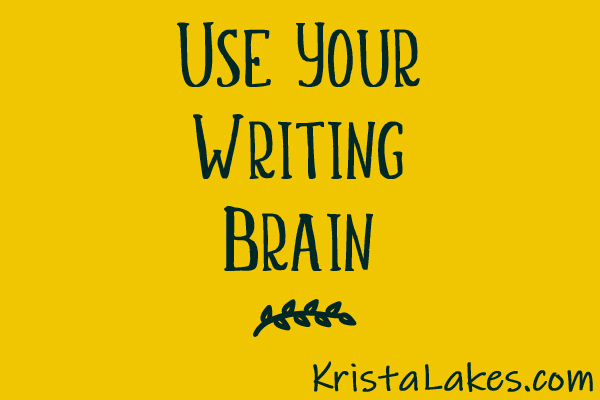 You have this idea for a book, but something is missing. Or maybe you're stuck on a plot point.

What do you do?

The best thing an author can do is watch TV and dissect the plot and characters. Asking why a plot is working and how the writers did that, or if it isn't working, the things the writers can do to fix it will build your storytelling muscles in no time. The best part is you can do this with any show. It doesn't have to be a romantic movie- any story will help you become a better story-teller.

I play this game all the time with my husband with our kids' movies since we have to watch them nine million times.

For example, Frozen. It's a great movie and it's made billions of dollars. It's not a traditional romance, but we can still learn a lot about it.

The main criticism of the movie's plot is how out of the blue Hans' transformation to bad guy is. In the movie's commentary, the original story had Elsa being the villain, but the song was just too good and they changed the story around. Knowing that, it's easy to see why he has such a abrupt change of personality. They morphed him into the bad guy rather than making him the bad guy from the beginning.

My plan: Hans needs to show more uncaring characteristics earlier on. The gloves theory (he's wearing gloves while professing his love to Anna and thus doesn't mean it) is weak. We need a clearer hint. Perhaps during the meeting with Elsa, he says, “when I'm king…” and Elsa corrects him that he'd still be a prince. He can smile and brush it off. But, the audience would have the hint that he wants more.

He can say something again while handing out blankets. “When I'm your ruler, things like this won't happen.” The people can smile and cheer, and Anna can be happy she has a strong man to help her. She doesn't have to see anything wrong with this statement.

Also, when he's interrogating Elsa in the dungeon, he could try and woo her a little bit. This would make it a lot easier to hate him, and make it more believable that he'd do anything to be king. It also makes his feelings for Anna, or rather the lack of them, make more sense.

The audience LOVES to figure out the clues to a puzzle. That's why mysteries are so popular. That feeling of “I KNEW IT!” is super powerful and motivating. We want to keep the story going to see if we're right. It's important to give hints and clues so that the A-ha! Moment can happen. Plus, if you do it well, you'll get a re-read. How many people watched The Sixth Sense at least twice? You don't have to have a huge twist, but making the reader/viewer feel smart for figuring it out will definitely make your book more enjoyable to them.

How do you then incorporate this into your story?

-Make sure you're characters decisions make sense. They don't have to be rational (who in their right mind goes and looks for the scary noise without calling the cops?) but it does have to be believable.

-Use inspiration from other stories. That CSI episode might give you a great idea for why your character needs to go to Vegas. Use your favorite TV shows to fuel your brain. Don't just consume the show blindly- analyze them. Why is this show entertaining to you? What's the story that's got you invested? Put that in your book, or use it as a motivation elsewhere.

So, go watch some TV 🙂 It's not totally part of your writing process.