I was asked to participate in an exciting new thing Amazon has just come out with: Kindle Worlds Romance 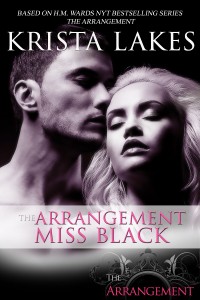 Kindle Worlds is a place where writers can write stories in other people's worlds. It's kind of like fan-fiction, but with payment.

But with Kindle Worlds, I was able to write it and put it up on Amazon. With Ms. Ward's permission (I even got the cool Arrangement graphic for the cover!)