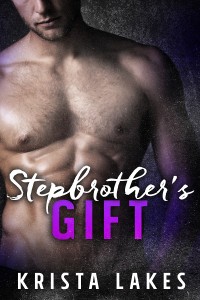 A billionaire stepbrother, a long-forgotten IOU, and an attraction that can't be fought. 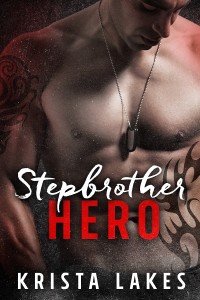 He was the most honorable man I knew, but even he couldn't resist our love.

“Krista,” you  may ask, “when did you have time to write these? You're supposed to be writing Waterfall Kisses right now!”

So why am I releasing these two books on my Krista Lakes pen name?

Then Amazon decided that the content of the books was inappropriate for their store and blocked them from sale. I still had the last part of “Billionaire” and three more parts of “Military” but was not able to publish them. It was heartbreaking.

Now, these are ROMANCE books. Yes, they are steamy. They contain two non-blood related, consent-giving adults having adult interactions of the physical kind. Obviously, if they were selling in the top 100 of the store, people were enjoying them. They are steamy, but I had considered releasing them originally on my Krista Lakes pen name.

I want to note that my erotica pen name (which has some really raunchy stuff- got to write what sells to pay the bills!) is not my Krista name. Back when I was first starting out, erotica was an easy way to earn some extra money. I picked a genre within erotica and went wild, writing to trends and finding what sold. It paid my bills and saved my marriage. It is what allowed me to finally write what I really wanted.

It was also a perfect testing ground.

I had wanted to try a serial format of the hot new trend of stepbrothers and my erotica pen name made more sense as a testing ground. When the first “Billionaire Stepbrother” part took off, it caught me by complete surprise and unfortunately meant that the works were tied to that name. I didn't want to switch a best-selling novella and risk losing my ranking in the store. After that, it made sense to publish the others on that erotica pen name since that's where people were looking for them.

I wish I had just started them on Krista in the first place.

But now they are getting prepped and ready for submission to Amazon! I am excited about all the new content and it's been a lot of fun getting to go through and tie everything together. Imagine taking a tv series and turning it into a movie. There's so much good stuff to work with!

I hope that you all enjoy these very sexy stepbrothers! They'll be available for .99 to start or Free with Kindle Unlimited! June can't get here fast enough!

One thought on “Stepbrother Books”