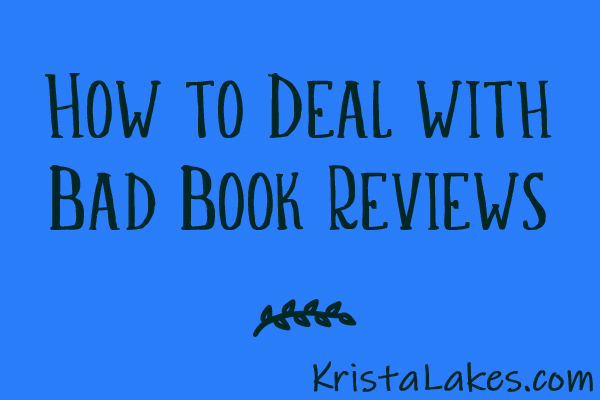 You wrote an amazing book. You spent hours agonizing over the cover. You poured your heart and soul into the blurb. You published it. Months of hard work.

And then you get this:

1 star: Unbelievably Lame
I've never given a one star before, but this book deserves it. The authored tried too much to make the book a contemporary romance novel, but failed miserably! Waste of my time.

1 star: One Star
This was so poorly written I couldn't get beyond the 2nd chapter. How could this get published?

And your heart breaks.

I know mine does. Those are real reviews on one of my books. (Yours Completely. It was the #2 selling book on Amazon for a month in 2016. You can get it HERE)

YOU ARE NOT YOUR REVIEWS.

Harry Potter has made billions. Yet there are one stars on her work. Everyone's a critic. There are people that gave Harry Potter one star reviews. You are not alone.

Basically, ignore the one stars. You will never please someone who gave a one-star rating. Never. They are lost causes and don't deserve your time.

Also, NEVER respond to a review. It does you no good. It's like arguing on Facebook. No one wins and you just end up looking like an idiot.

Yell at them in your head. Write their names down and burn them in a fire. But don't respond. It won't change anything. It will only cause drama that won't help you sell more books. Let the stupid people have their opinions.

It's probably all they have.

*If you need someone else to tell you basically this same sentiment, check out Chapter 14 of “Girl, Wash Your Face” by Rachel Hollis. She says, “Someone else's opinion of me is none of my business.” And it's true. It doesn't matter what someone else thinks.