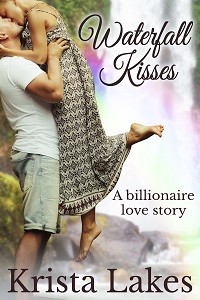 “Every fantasy…” he gasped. “Every single one was nothing compared to that…”

When Charlotte Page first met Leo Westbrook, she was a shy, skinny teenager on the verge of becoming a woman. The moment the naked, chiseled Adonis mistakenly walked into her room, she was lovestruck. Leo was perfect in her eyes, and he proved it by helping create a billion-dollar business with Charlotte's brother.

Even before he became a billionaire, Leo always had women throwing themselves at him. But the only woman he really wanted was the one he couldn’t have. Because Charlotte was his best friend and business partner’s little sister, he couldn’t afford to let her get too close. Yet he found himself unable to resist her. With each passing day, her charms threatened to overcome his defenses.

After a decade of being his friend's blushing, stuttering little sister, the man of Charlotte's dreams finally noticed her. After one tropical kiss and a night of passion, her fantasy finally seemed to be coming true. However, when a lie from Leo's past caught up with him, it prompted her to question everything she thought she knew about the man she loves.

Leo always knew that being with Charlotte wasn’t meant to be. Even if she could forgive him for his decade-long deception, he knew it would be better for her if he walked away. Yet sometimes, love is stronger than lies. Will Charlotte and Leo find a way to be together, or will they be left with nothing but memories of their waterfall kisses?