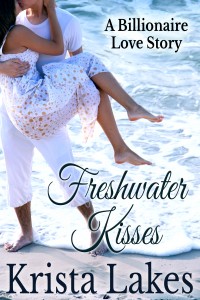 His love was the wind in my sails…

Everything in Samantha Conners' life seemed to be in a holding pattern. Her sailboat racing season had fallen through, and she was stuck in a dead end job that barely covered the bills. If it wasn't for the fact that her sister and niece were depending on her, she would have never been out on the water the day the billionaire's boat ran her over.

Robbie Saunders is convinced that he is the screw-up younger brother of billionaire Jack Saunders. One of his biggest rules was to never go out drunk on the water, but with the impending death of his father, he took the boat out after drinking to try and gain some clarity. Instead, he ran over Sam and barely managed to save her from drowning.

While the two had been childhood sweethearts, time and distance had made them into different people. When fate crashed them back together, Robbie finds the fiery young woman to be the person he needs to give him motivation and direction. For Sam, Robbie is growing into the man she always knew he could be. A love blossoms and grows.

But what fate can give, it can also take away. A storm during the biggest freshwater sailing race of Sam's career changes everything. Will Sam and Robbie find a way to overcome the storm, or will the two only have memories of freshwater kisses?