Not one, not two, but three new Krista Lakes books! 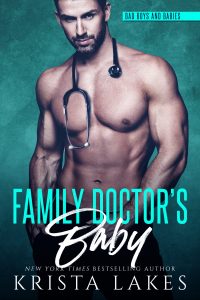 But he hasn't. One glance from those lustful eyes looking at me tells me that he has the same voracious appetites that he did when we were younger.

Only it's not quite the same stare. It's more urgent. It's more intense. I'm not the same nerdy girl who tutored him. I've grown up, developed fertile curves that I know he finds irresistible.

In this small town, rumors travel fast, and the family doctor can't be seen as a player. So he does try to resist. And I do too. But with every smoldering glance and moment of sexual tension, we find our barriers breaking down.

After a stressful night of touch-and-go baby delivery, a moment of elation overcomes our inhibitions. It seems like maybe we'll need to confront those rumors sooner rather than later, especially before I begin to show the results of that night.

Can I give this doctor the family he has always desired? 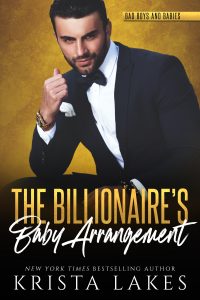 Billionaire CEO Jackson Weathers needs a family for a PR boost, and I've signed a contract agreeing to give him one. A doting girlfriend in public. A wedding ceremony to invite all the socialites to. And finally, a baby for him to parade around, to show he's really a wholesome, down-to-Earth man.

I've tried to remain cynical about it. He's going to make all my dreams come true. So what if it's supposed to be a loveless marriage?

Only, his tenderness in private has me hooked. The way he kisses me drives me wild. When we make love, I lose myself to him. His body feels like it was meant to be on top of mine, like we fit together like two puzzle pieces. I can't help but begin to fall for him.

I can't tell him, or I risk losing everything. And nobody else can find out about our little “arrangement” or it will destroy his reputation. Still, I feel like I have to know how he feels, before the marriage, before the baby, before I give my entire life over to him.

Is it still just pretend? 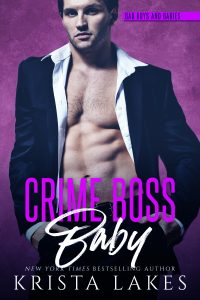 I am a mafia princess.

My family is making me marry a rival crime boss.

At first, I go along with it because it's important to my family. But then I meet him.

Dante is dangerous and sexy as sin. I want him physically and mentally. His talented fingers and mouth have me panting for more before he even knows my real name.

But there are parts of my past that can ruin everything. My mother's murderer is catching up to me. If he finds me, he could ruin everything. Not only that, not everyone in Dante's family is as excited about the wedding as they appear.

And then, there's news that both overjoys and terrifies me. I'm pregnant.

Can Dante save me and give me the future we both desire? Or will my past destroy everything and everyone that I care about?