There is a royal wedding coming up and so I wrote a book!

I love a good princess story, and I've always had a little bit of a crush on Prince Harry. (He's the cuter brother, in my opinion…:D)

I just love the way they smile at one another!

So, what exactly did I write because of the excitement for the upcoming wedding? 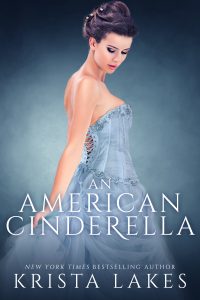 “I'd give up my whole kingdom to be with you. I want to be your Prince Charming.”

Aria has a big heart but bigger problems. Her whole life is a mess thanks to her controlling stepmother. But when she's knocked over- literally- by the hottest man she's ever had the pleasure of tangling up her body with, everything changes.

Henry Prescott, second-string rugby player for the Paradisa Royals, is funny, sweet, charming, and oh-so-sexy. He's got a rock hard body and tackles her in bed as fiercely as he tackled her in the park. Knowing nothing about rugby, but absolutely intoxicated by his accent, she finds herself falling for him.

The man she thinks she loves is actually Prince Henry, second in line for the throne of the nation of Paradisa. He's the man who Aria's entire department has to impress for trade relations. And that makes Aria's stepmother's plans even more dangerous.

He's the man who could destroy her world or make all her dreams come true.

NYT Bestseller Krista Lakes brings you this brand new sweet-and-sexy royal romance. This standalone novel will have you cheering for an American princess's happily ever after.

It is currently available for pre-sale exclusively on iTunes

And will be available on all major retailers May 1st. Be sure to sign up for my mailing list if you want an email letting you know it's live! (http://kristalakes.com/newsletter-signup/)